Problems due to RCS

Read this if some or all of your messages are not getting forwarded by PhoneLeash.

RCS stands for Rich Communication Services. Think of this as iMessage for Android devices. Before RCS, Android devices were limited to simple SMS (texts) and MMS (picture messages) and that was mostly it. With RCS, you can see when the other person is typing ("typing indicator"), when messages sent by you have been delivered, and read. You can even get read receipts.

So all this sounds pretty cool, but there is a problem with how Google and Samsung are rolling it out, and it affects every third-party app that handles SMS and MMS, including PhoneLeash. These apps can simply not "see" RCS messages. In developer speak, there are no public APIs to allow apps to get triggered when there is RCS traffic. It's not clear when this will change, and as RCS is getting rolled out rapidly this problem will grow.

As an end-user this shows up as an app issue: "I got a message, but it was never forwarded."

How do you know if you have RCS enabled?

Even if you have RCS active, not all of your messages will be RCS. It needs the other phone to also support RCS, and might also depend on the quality of your mobile data connection. So it can get pretty confusing!

With version 6.05 of PhoneLeash, there is limited support for RCS, if your stock messaging app is Google's Messages. If you are on a Samsung phone, you probably use the stock Samsung Messages app, and in this case PhoneLeash won't forward RCS.

How to turn-off RCS?

If you need PhoneLeash to work consistently, turn off RCS. 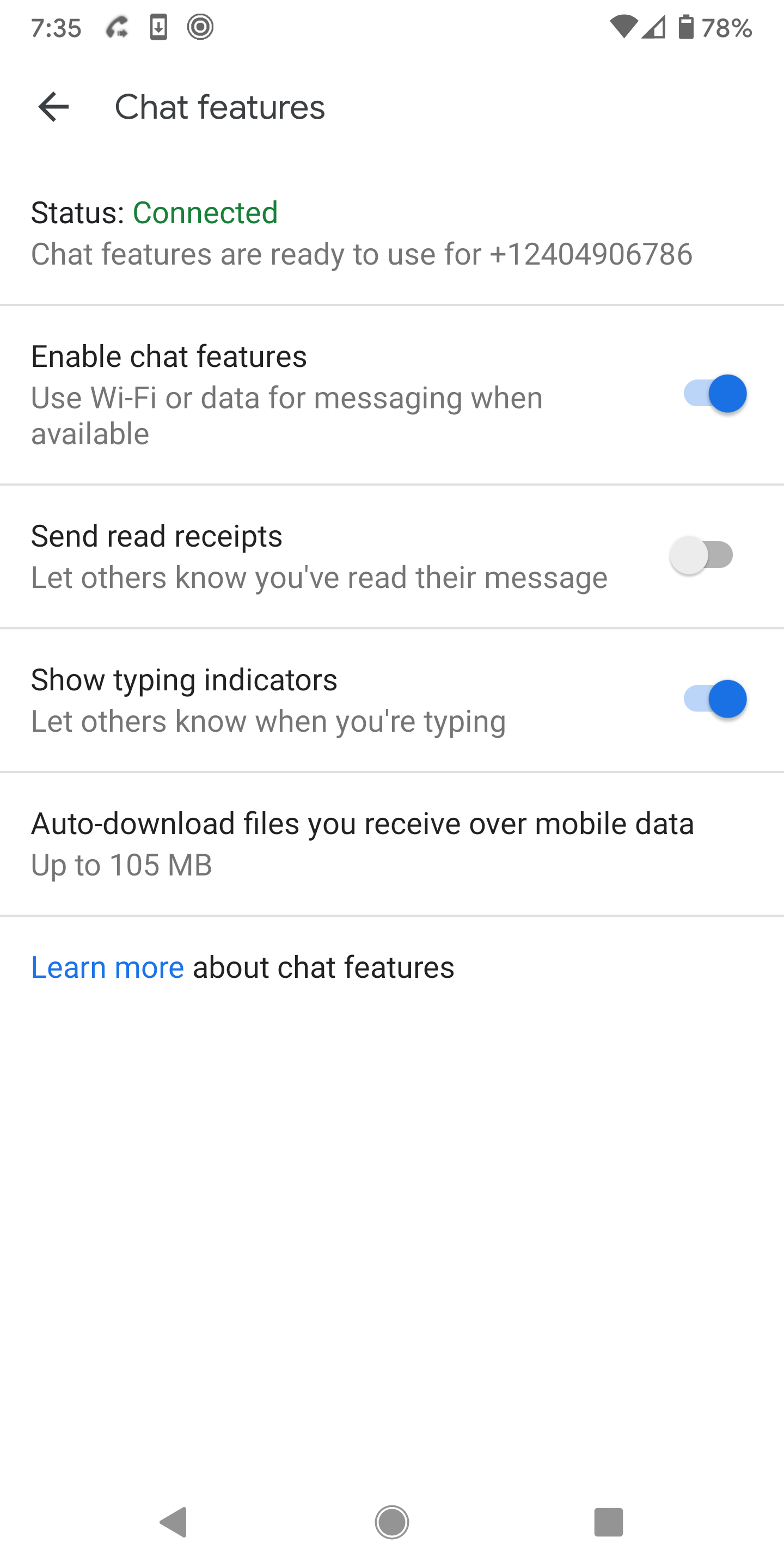 On Samsung phones, install Google's Messages app and make it default. Turn off RCS as above. Don't use Samsung Messages.

Finally, you can also disable Chat using the form made by Google just for this.